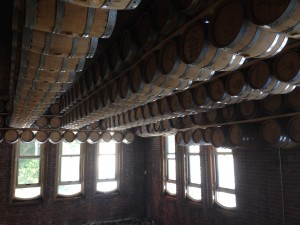 In a slight change of pace, this week our subject is not a particular brew, but rather an entire distillery. Kings County Distillery (KCD) is THE oldest distillery in New York City. That being said, due to absurdly restrictive liquor laws that were just lifted at the beginning of the century, KCD has only been active since 2010. However, they make up for their relative newcoming by replica uhren kaufen invoking the spirit of their surroundings – located in the historic Brooklyn Navy Yard, the amber product of KCD truly reflects the spirit of Monitor and Missouri. 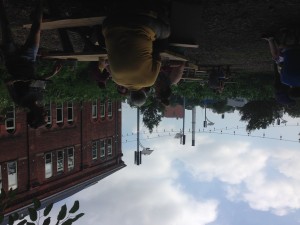 I had the privilege of touring this fine establishment on a sunny July afternoon, and it was a glorious setting for my first distillery trip north of the Mason-Dixon. Tucked away in a ramshackle industrial park near the Brooklyn Bridge, the red brick appeared as lost fotballdrakter to the weeds as Yoda’s home on Dagobah, until I realized that instead of an overgrown green infestation, what surrounded their headquarters was a thriving urban garden complete with music, cornhole, and free ice cream. Lesson learned = looks can be deceiving. 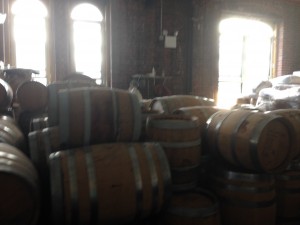 And what an applicable lesson for the rest of my day at KCD. Inside the 115-year old Navy Paymaster’s House, hosts a modern setup for blending some of the most delicious liquids in the Northeast. What’s this advanced scientific metric the distillery uses you ask? The billige fotballdrakter human palate of course, and you can find the master mixers crafting their brews right in with the barrels; for us whiskey lovers, it’s as artful as being on the bridge at Giverny. Their products are conventional, but reflect courage and competence. KCD uses a good chunk of state-produced ingredients, and their bourbon, while not as complex as older (southern) varieties, is certainly smooth enough to be going on with. Kings County Distillery – come for the novelty, stay for the ambiance, and drink whiskey. 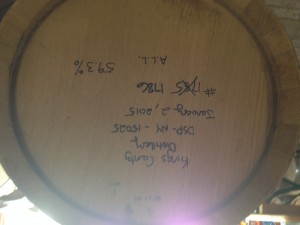