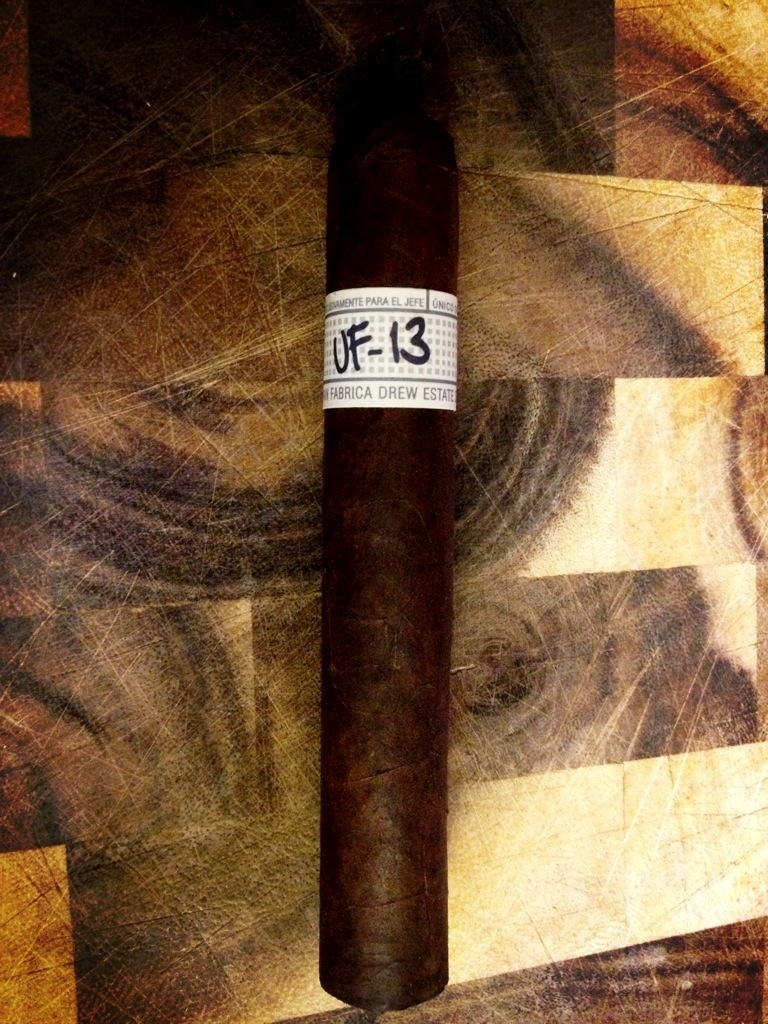 Sometimes after work I make a little run around all of the local cigar shops in my area. Normally I just visit, talk shop with the employees, grab a few cigars to add to my humidor, and then make my leave. Sometimes, however, I walk in and find something truly special. So it was when I walked into one of my local shops recently and came upon a box of Drew Estate’s new Liga Privada Unico Serie release, the UF-13 Dark. As a huge Liga Privada fan, I knew that I had to snag it at once before some else did!

Once I got home I opened the box and was treated to one of the more interesting cigars I have ever seen. The appearance is odd but elegant, featuring a camisetas de futbol baratas pigtail cap with a piece of fanned wrapper sticking out to create some flair. The wrapper is the same dark mottled brown of other Liga cigars, one that is rugged and luxurious all at the same time. The foot smells of earth and dark chocolate.

After first light I am immediately greeted with some characteristic black pepper along with a meaty, nutty flavor like smoke and walnuts. This ramps up relatively quickly to include brown sugar and a bit of leather. Delicious! Of course, it wouldn’t be Liga without a ton of smoke production, and I am not at all disappointed on that front.

The second third keeps the flavors of the first, though they gradually condense into a blended sweetness reminiscent of brown sugar stirred into a hazelnut-flavored cream. I also get the lightest hints of black coffee, though they are momentary bursts that appear and disappear throughout the third.

As I enter the final third the sweetness continues to deepen into what is initially a dry-cocoa, then progresses to something more akin to a molasses. This is fotbalove dresy eventually joined by milk chocolate and just a touch of light pepper, like the faintest dust of cayenne.

The UF-13 was a fantastic stick and one I definitely recommend if you can get your hands on it!