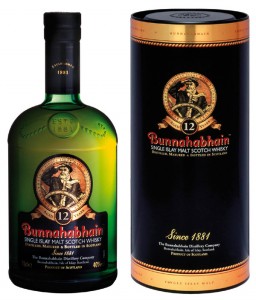 I received the Bunnahabhain 12 Year as a birthday present, and in all honesty I had never heard of it before that. However, I did know that it was an Islay, and I love me some Islay. I am a huge fan of the basketbal kleding kopen smoky peat that is characteristic of the whiskeys on that fine island, so I knew I was going to enjoy this one. However, what I was not expecting was the intricacy of flavor that manage to shine through the traditionally overpowering smoke.

The unexpected characteristics begin with the nose of the Bunnahabhain 12. It is expectedly intense, yet incredibly warm. Where many Islays give off an almost campfire-like aroma, this was a vaguely metallic honey smell. This was not a sharp tang, but something maillot de basket nba pas cher like shined brass, old and tangy. There were also some extremely subtle hints of something akin to burning leaves. It was extremely pleasant, and set the stage for the enjoyable flavors to come.

And man, did they ever come. A sip is initially dominated with the Islay smoke, but subsequent tastes unveil some more fruit-oriented notes. Again, everything is very crisp, like biting into a granny smith apple, but without the sourness. It sounds contradictory, but there it is. There is also some sweetness, proving that the honey scents were not deceptive, though I would be lying if I said it was particularly noticeable. I was also pleased that for the metallic tones in the nose were not present in the taste. For though they were a pleasant addition to the aroma, I don