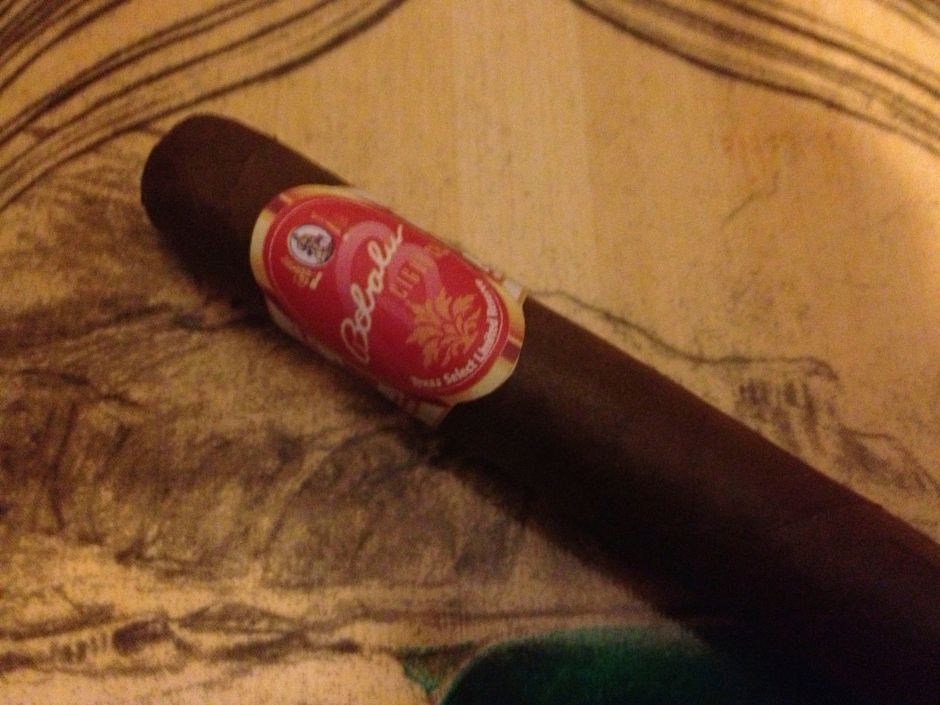 Well, Dan covered our experience with our first live tweet reviews, so I will leave it at that except to say follow us @cigarandwhiskey on the Twitter, like us on Facebook and tune in on Tuesdays at 8:30 if you want to get in on the action!

So, on to the Bobalu Texas Select Limited Reserve. Bobalu is a cigar company based in Austin, TX that rolls its own unique blends with the expertise of several Cuban natives who decided to relocate to the states. I have a long-standing respect for the company, as Bobalu cigars were my first true entry into the world of premium cigars. I started, as many do, with a sampler pack, though due to the quality of the Bobalu brand I found each more tasty than the last and was firmly fodboldtrøjer børn hooked into the world of premium cigars. So, when I wandered into their store one day and saw a cigar labeled “Texas Select” I was enthralled. When I saw one beside it that was labeled “Texas Select Limited Reserve” I was enthralled and had a lighter pocketbook.

If you followed our live tweets you have the gist of my thoughts on the cigar, but I will attempt to offer a more complete review here. The cigar has a very pleasant aroma of cedar and earth that suggests a woodsy, complex smoke. The prelight draw unveils more cedar and a distinct peppery flavor. Excited to delve into what I thought would be a savory cigar, I got toasting.

The first third of the stick gives off a somewhat airy sweet grass and hay flavor that is incredibly pleasant without being in any way overwhelming. The draw is also a bit snug at this point, but nothing unmanageable. As the first third progresses it begins to deepen and increase in complexity to reveal a smooth almond. Underneath the almond flavor I can also detect the cedar that I smelled on the foot of the cigar begin to build.

The second third is a progression of the first as the almond and cedar begin to build and play with each other. Then, fairly suddenly, the almond disappears. The cedar takes center stage for a moment until a trace of cayenne pepper sneaks in to create a bit of spice on the finish and retrohale.

As the final third begins I am ready for a full on pepper blast. However, I am surprised as the pepper and cedar drop off almost entirely. The cigar fundamentally shifts to black coffee and hazelnut. This serves as an excellent close to the cigar. Or, I should say Billige fodboldtrøjer tilbud it would be an excellent close, except on the last few puffs I am treated to an incredible toasted marshmallow flavor. Delicious!

Construction on the Texas Select Limited Reserve was excellent, with thick ash that held on until I was ready to ash it (more than 2″ at one point). The draw was a little tight for my taste into the halfway point, but opened up after that. Burn was straight and required no touchups of any kind even though the night was very windy.

The combination with the