In honor of St. Patrick

The city of Austin grows by 110 people per day — a town shooting up so quickly that it’s sometimes hard to keep up with the number of joints, bars and other establishments. We’ll do these venue reviews in the hope that if you come to Austin, you’ll know exactly where to go since we’ve already been there for you. And, clearly, the venue format also gives us an reason to review some of the things we most enjoy.

Half-Step is one of the latest additions to Rainey Street, a cluster of bars in central Austin. It’s a district that began five years ago with the development of the legendary (and recently closed) Lustre Pearl. While the crowds have grown and some of the low-key vibe of the entire street has been lost, Half Step retains the kind of neighborhood bar feel that made the street attractive in the first place.

Stephen’s been wanting to go to this place for quite some time. He kept bringing up the bar’s signature, the homemade ice the staff creates for its cocktails. I thought this sounded finicky and a little too precious (“What is this, ice?”) but hey, y’all needed a new whiskey review! We tried to go to the bar once before, but it looked empty or closed. Half Step opens at 7 except for on Mondays, so we got a little nervous when it was 6:55 with no sign of life on the inside. After a quick jaunt around Rainey, we returned to find that the gate opens precisely at 7. Half Step is in a renovated bungalow with a high porch, and there’s a shed in the back where the staff makes the ice every day.

The bartender, Floyd, informed us that he’d woken up in Bushwick that morning and flown back into Austin just a couple of hours before. He asked us what kind of base we wanted and we branched off from there. Bourbon or one of the other big four? Shaken, stirred, fizzed or strained? While Half Step serves cocktails with each kind of liquor base, the bartenders all seem keen on variations of the Old-Fashioned. These guys are passionate about bourbon, y’all. Floyd took his time — no “Cocktail” buffoonery going on here. The conversation was good as we talked about Half Step’s ownership (six friends went in on the bar together), old movies (William Faulkner writing lines for Humphrey Bogart, eventually resulting in this cocktail classic) and where the bartenders hailed (mostly the South after spending some time in New York).

I opted for a bourbon with citrus, and Floyd whipped up something off-menu called the American Trilogy. Starting with Old Verholt Rye, he poured in nearly equal amounts of Laird’s Apple Brandy (100 proof) and Regan’s orange bitters. After shearing off a long strip of an orange peel, Floyd crushed one and set it sideways in the glass. The result was a clear drink, the orange peel and oils the only opaque aspects. This deceived me – the drink tasted syrupy and intense. The enormous ice cube eventually opened the glass up, but seeping oil from the peel continued to dominate the flavor profile. I couldn’t taste any apple flavor, though the brandy did give the drink some chewiness and bridged the density between the rye and bitters.

I enjoyed the American Trilogy overall, but asked Floyd if he could make something less sweet. I’m glad I did. For the Kentucky Colonel, Floyd poured out some Elijah Craig 12, Benedictine liqueur, and a small dash of Angostura bitters. He also added a lemon peel. Damn! Light clover on the nose, orange in the far back, with just enough of that Elijah Craig rich oak on its foundation. Though it smelled like a bright yellow Skittle, the taste was complex and evocative without being too sweet. Definitely the kind of drink tailor-made for a patio.

While Stephen and I were originally the sole customers in the bar, patrons had trickled in while Floyd was educating us on the best cheap bourbons. Chris, the bar’s majority owner, went around talking with everyone. Stephen (still excited about the ice) asked him about it, and as Chris explained, the ice is definitely a feature — but what Half Step really deals in, instead, is great bourbon, good conversation and a friendly atmosphere. He is dead-on right. Next time, we’re bringing cigars. 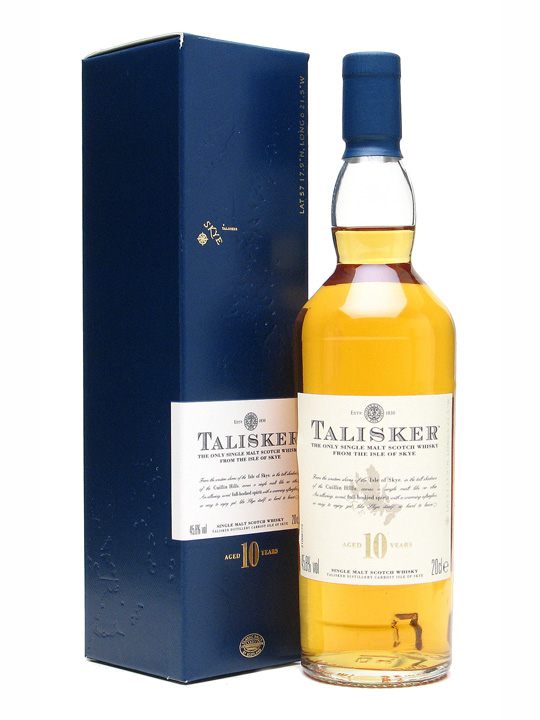 I was first exposed to the Talisker 10 through an article on Business Insider titled: 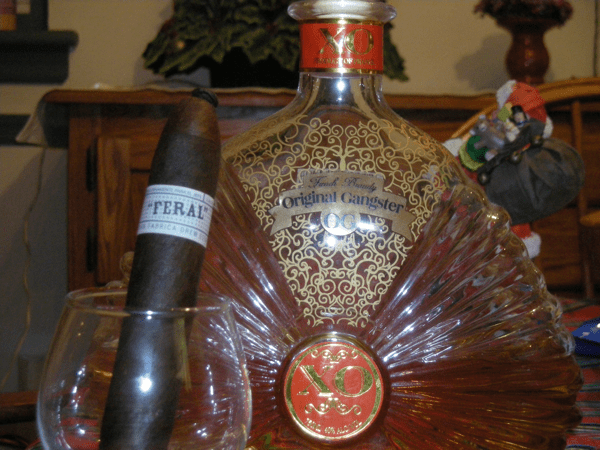 A while back, we ran a contest for Cigar & Whiskey fans that gave them the opportunity to win a free Liga Privada Feral Flying Pig. I had not given that contest much thought recently, until I received an email from one of our winners, Jim Luisser. He was kind enough to send a detailed email with his personal thoughts on the cigar. I’m excited to post his message here, because even though we have reviewed the Pig before, it is incredibly valuable to get feedback on others’ tastes!

The weather finally gave me a break so I could enjoy this smoke. I tried to do this Thanksgiving but it was too cold. Then just before Christmas it warmed up sufficiently so I could step outside and light up. I took your advice and made a Cappuccino and then followed with a nice French brandy, Original Gangster. I wish I had a few more so I could smoke another at the shore after a beach day followed by a seafood meal and let the other age in my humidor for a year. I am not a connoisseur and will apologize in advance if I miss some of the tastes and flavors in my description. I do enjoy a good smoke and believe that is what matters in the long run. Like wine, whiskey, etc. everyone tastes something a little different than everyone else.

I like to start by feeling the texture and fill of the cigar. Next I enjoy a whiff of the body and the foot. A quick snip and the tail is gone ready for the first draw to insure it is open and ready to smoke. Toasting the cigar then lighting produced a cloud of thick smoke and some interesting aromas. It seemed very strong at first and made me wonder if it was too strong, but it settled down and was enjoyable.

The first third had notes of coffee and a slight sweet taste. There was a lot of smoke and I wondered how long it would have lingered and traveled if it had been a hot humid day. I finished my cappuccino and next sipped my brandy.

The next part worked well with the brandy and seemed to enhance the flavor. It also had a sweetness and coffee flavor which may have been due to just finishing the cappuccino. I was glad I waited until I had a warm day because it took almost two hours from start to finish. It was a great way to spend a nice day outdoors in late December.

All in all I would look for a Flying Feral Pig again and pick up several to smoke on warmer nights after a relaxing meal with good company. Thank you Steve for the opportunity to try it and sorry it took so long to give you the review. Sometimes life gets in the way of pleasures. I hope this is something you can use and look forward to more contests and information from you in the future. I really enjoyed winning something for a change.

This type of feedback is so fantastic to hear, and I think we can all agree that Jim did a great job describing his experience with the cigar!

Along that same token, we would love to hear cigar reviews from our readers even more. Please feel free to send your reviews and pictures to Cigar & Whiskey either through our Facebook page at facebook.com/cigarandwhiskey or right from this site! Odds are we’ll feature it on the site. We are a community and we welcome the input of others!

In the meantime, keep your eyes out for new cigar contests and content from Cigar & Whiskey!